Day 1, at a gentle, enjoyable pace…

So I woke up giddy with excitement this morning. The only problem was that it was at 10:30am seeing as I’d taken a sleeping pill the previous night to try and recover a little from jet lag – fairly extreme as I’d had a week in San Francisco with work and had just about fully transitioned over to West Coast time.

So I only really got started after lunch, before then it was a loose inventory and shifting a few of the later build boxes out of the garage and into the house. And my good friend Craig came round to help, and he will be really great support as the build progresses. He has an engineering background and also a current Duratec R400, purchased just before the Caterham branding switch over to 420R, but essentially the same car.

Give a man a large diameter hose and he is going to do something daft with it. We tried a few things, but this is the only video that is broadcast-able. Note that we are both well into our 40s, but it doesn’t stop us behaving like school kids!

I read up on Blatchat and other sources and decided that for my build I was going to only really worry about the “grot traps” on both sides of the engine bay lower chassis tubes along the edge of the side skins as the tubes disappear rearwards behind the foot wells. I know from my previous Caterham ownership that over a fairly long period of time grot and water can build up in these areas and cause some problems.

So I purchased a can of Dinitrol Cavity Wax 3125. I dropped the rear axles stands to let gravity do its work, covered the floor under the chassis with cardboard, and squirted gunk in the offending gaps. 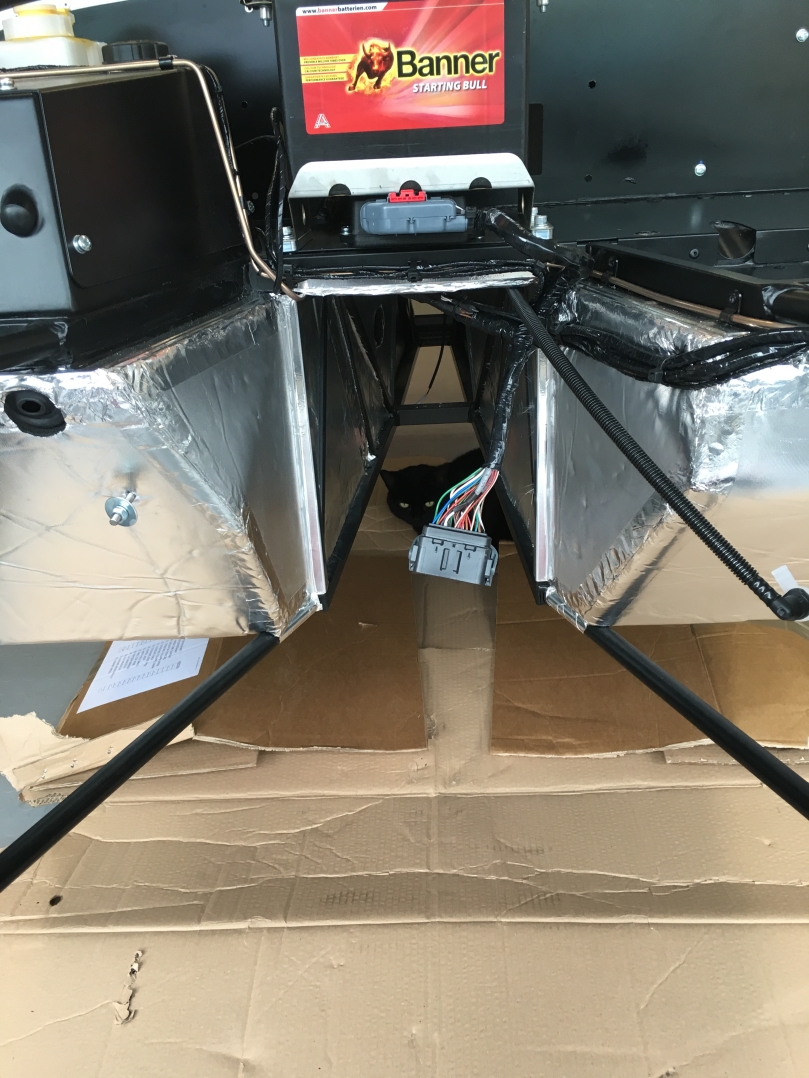 Having watched many other build blogs online, most of which I have linked to on this page I knew that I should start with IVA trim around the front suspension and steering holes in the side panels.

I also knew that this would take a while, so settled in for the ride and warmed the tubing a little using an electric fan heater, which helped (slightly) with the awkward corners. I used the odd blob of super glue on the inner skin, but the trim generally stayed put.

The frontmost suspension hole was a really pain, and I had to take time to snip out triangles and chunks of trim on the rear face to get it to fit. This process took up most of the work today, but pleased with the outcome, and I don’t mind a fiddly close up job, its good for the soul 😉 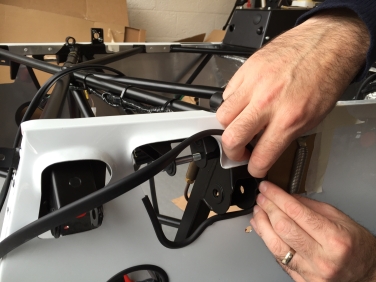 So then onto the steering rack. This was the exact opposite in terms of effort compared to the IVA trim. Literally 2 minutes after starting we had the rack loosely bolted to the chassis, and further IVA trim identified. At this point we were at 4:30pm, Craig was off home, and I walked into the kitchen to see my wife cracking open a can of beer, so I simply downed tools and joined her. I thought about going for a rummage around in boxes for the final bits of the steering assembly and to get prepped for front suspension build, but gave up for the day as I wanted to fiddle around with my stop motion animation recording and to start to get into the groove with this blog. 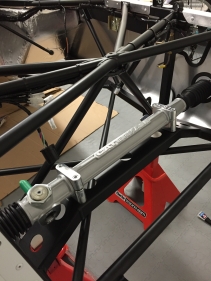 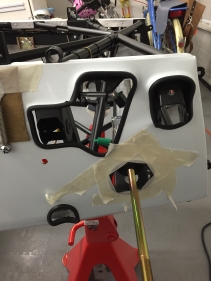 My main “recording of the build” effort for IVA purposes will be via an old GoPro, which I have secured to the top corner of my garage. I have set shots to be taken automatically every 60 seconds, and simply turned it off for tea breaks and lunch, but left it running when we were actually attempting to do anything vaguely build related. Today I recorded 173 frames, so 173 minutes of “stuff” happened, which is 3 hours. Told you, a lazy jeg lag recovery day…