I know the roads in Leicestershire pretty well because over the last 5+ years of Caterham ownership I’ve driven most of them at some point.

But rarely do I string them together into a formal route, I normally just go out for a drive. But Andrew my next door neighbour talked to me about doing what is called the “Midlands Tick”, in effect a route that is online presented on quite a few “best driving roads in the UK” style web sites.

The reason its called the Midlands Tick is because it is shaped the way a left-handed person would draw a tick mark, and its a route that starts in Bingham (east side of Nottingham) and goes down to the outskirts of Market Harborough (pretty much due South), then back up to conclude in Uppingham (a bit North East).

The two really good parts of this are the bit near Tilton on the Hill (between A46 and A47 cross country) and the Harborough to Uppingham stretch. Both road sections are fantastic.

But the Midlands Tick misses out on other seriously good roads and you can string it all together in a circuit. So I did. Using myroute-app again of course!

Now I live in a village called Barrow upon Soar, and that is the start and end of our route, but this bit can be skipped if you fancy an attempt at the route. Just drive to the nearest start point of the circuit and then go around. I personally prefer this route in an anti-clockwise direction.

I jumped out of my car for a quick call of nature and took one photo last weekend on this route. This is it: 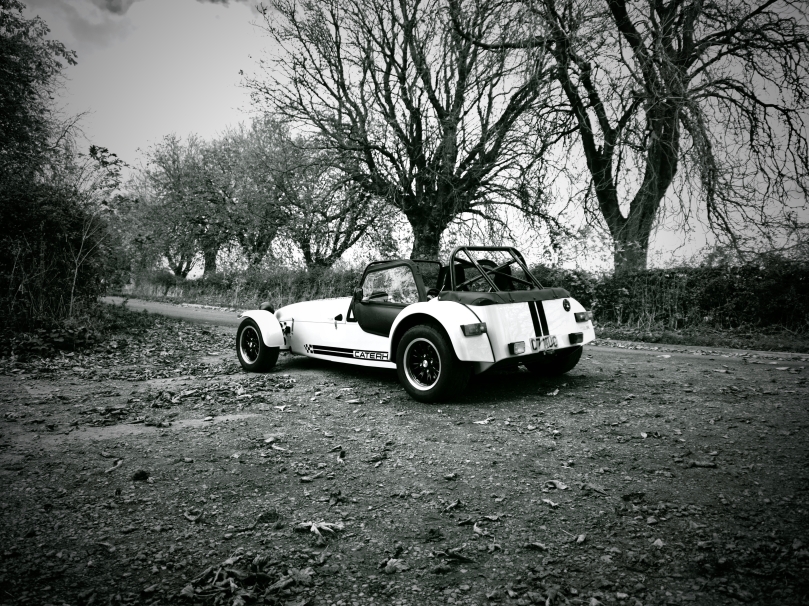 The route map – The “Leicestershire Loop” 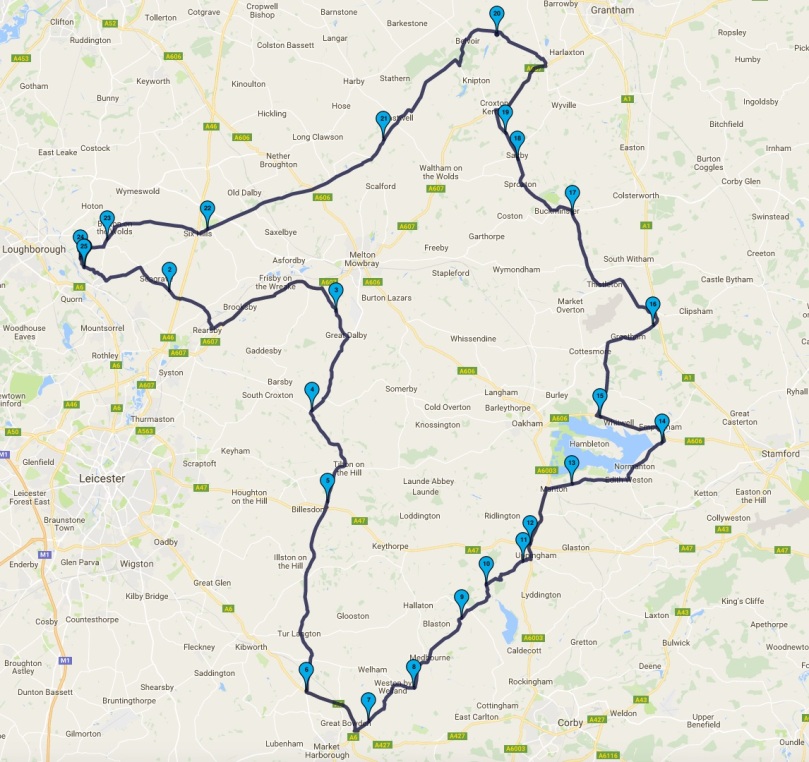 We stopped for lunch at The Chequers in Belvoir, which is really close to Belvoir Castle, and a fine place for a day out full stop. The Chequers has great food and service and is a very pleasant place to relax in a log fire, Sunday lunch kind of way.